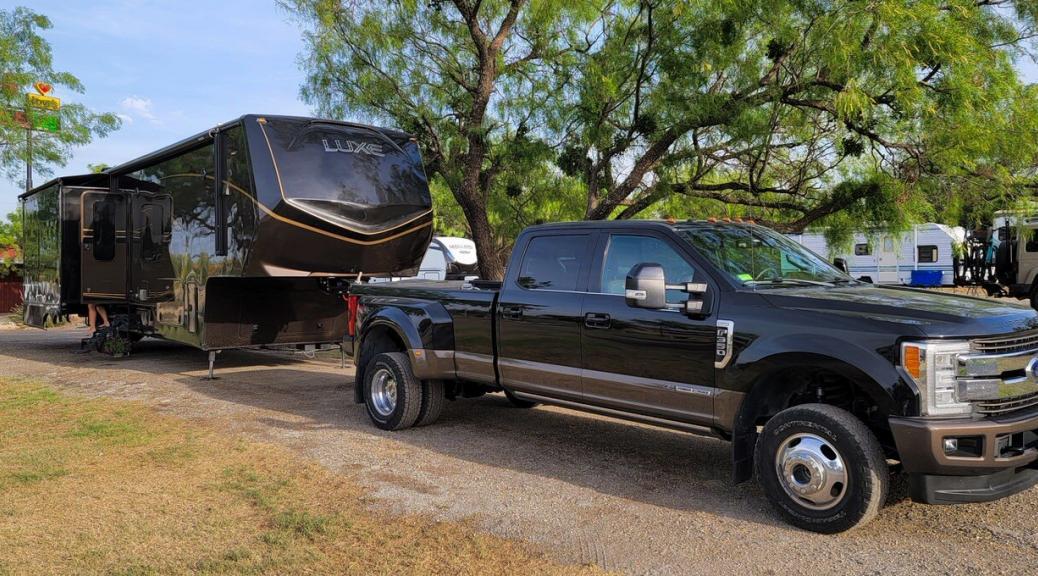 Rating: ⭐⭐1/2
Location:  Sweetwater, TX
Site Quality / Amenities: Roads and sites were gravel. Some mesquite trees for shade. Restrooms and showers, self-service laundry, Office with Pool table, TV, and Lounge Areas.
Type: Commercial Park
Access: Easy access right off I-40 west of Sweetwater.
Staff: Friendly family owned park.
Cellular/Wi-Fi: Decent AT&T and Verizon service for an overnight. There was WiFi but we didn’t use it.
Restaurants: We ate at Skeets in Sweetwater. The chicken fried steak was good but overall the place was just ok.
Nearby parks: We didn’t look at any other parks in the area.
What we liked: Easy access for a one night stop. There are two truck stops for fuel at that exit. Cheap full hookup sites with 50A service.
What we didn’t like: Train tracks nearby but we only heard them during the day. Close to I-40 so there was some road noise.
Verdict: This is a nice park for a one night stopover when travelling through the area and we’d stay here again. 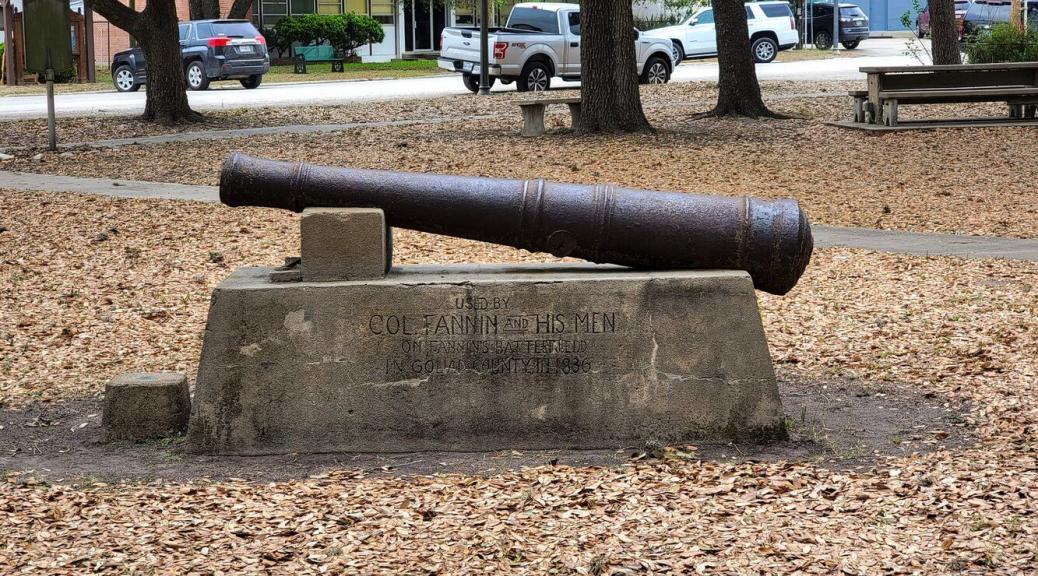 On October 9, 1835 a group of Texas citizens, led by Capt. George Collinsworth entered Goliad and attacked the Mexican garrison stationed at the Presidio La Bahia and were successful in taking possession of the fort. This action followed the incident at Gonzales a week earlier where the slogan “Come and take it” was coined daring the Mexicans to come and take a cannon that protected the city. From here the Texans marched out and captured Ft. Lipantitlan, near the Nueces River on November 5th thereby cutting off the last remaining line of Mexican communication from San Antonio to Matamoros.

After Texas gained its independence from Mexico in 1836, settlers began arriving in the Goliad area, lured by the prospect of rounding up stray cattle that belonged to the nearby missions. Ranching became the primary economic driver, and the age of the cattle drives began in the late 1800’s. Local ranch owners drove thousands of head to railheads in Kansas and Nebraska for shipment to the coasts of the U.S. As railroads were built, cattle were no longer driven up the trails and the economy of Goliad shifted to cotton and other types of farming along with beef production. With the influx of Mexican citizens fleeing the Revolutionary turmoil in Mexico and the population of Goliad grew to 13,000 in the 1890’s. By the 1940’s cattle raising and agricultural production again became economic generators and that continues today.

END_OF_DOCUMENT_TOKEN_TO_BE_REPLACED 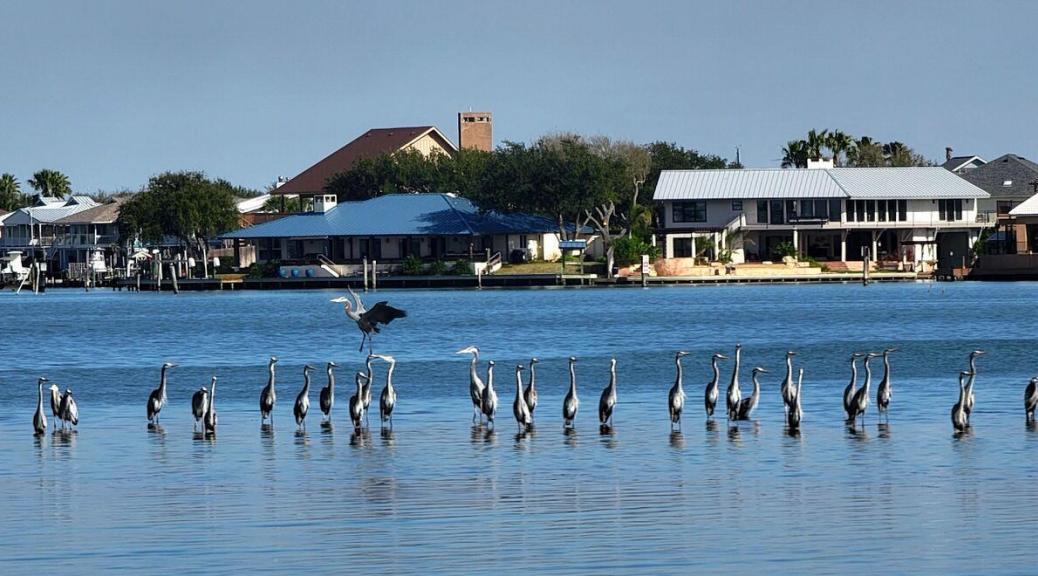 After spending the summer and fall of 2021 on a long loop through the north west we decided we wanted to spend some time chillin in Texas. We figured the Rockport area would give us a lot of options with the gulf nearby in Port Aransas, lots of history, nature areas and some good seafood. While there were a lot of activities in the area, many of them were small. For instance the Farmers Market and Market Days activities only had a few vendors and light attendance particularly in January and February. By March and April things were picking up. Other events like Pardi Gras, Oysterfest and Crawfish Festival were better attended.

END_OF_DOCUMENT_TOKEN_TO_BE_REPLACED 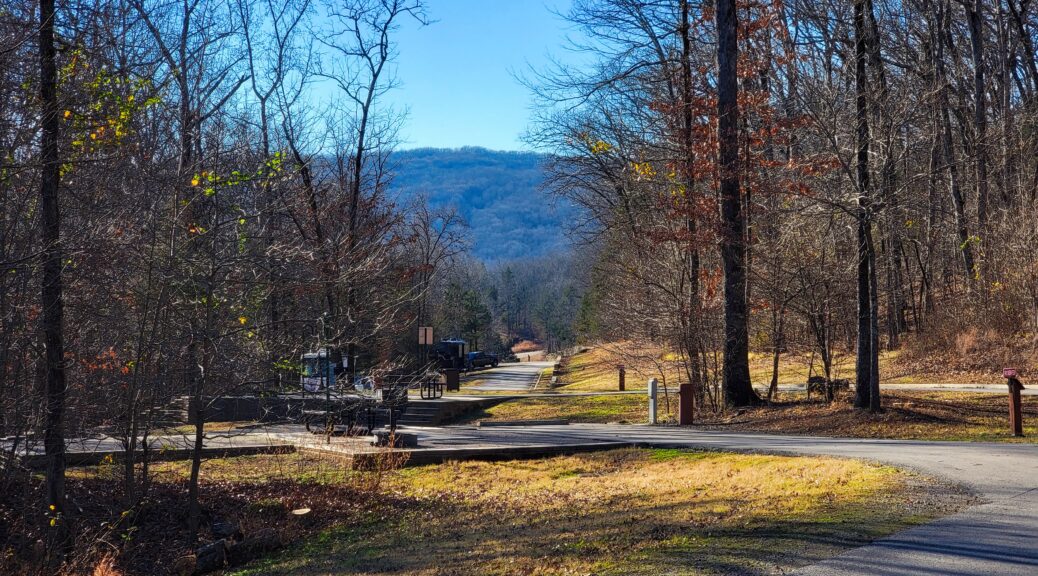 We’ve gotten some questions from friends and family about the lack of blog postings from us lately. We are still on the road and we are still maintaining our blog but we have been taking some time off just to relax. For 2022, we’re planning to return to some places we’ve already been as well as spend some more time with family so I suspect that posts will be few and far between for a while. But it’s time to catch everyone up on what we’ve been up to.

END_OF_DOCUMENT_TOKEN_TO_BE_REPLACED 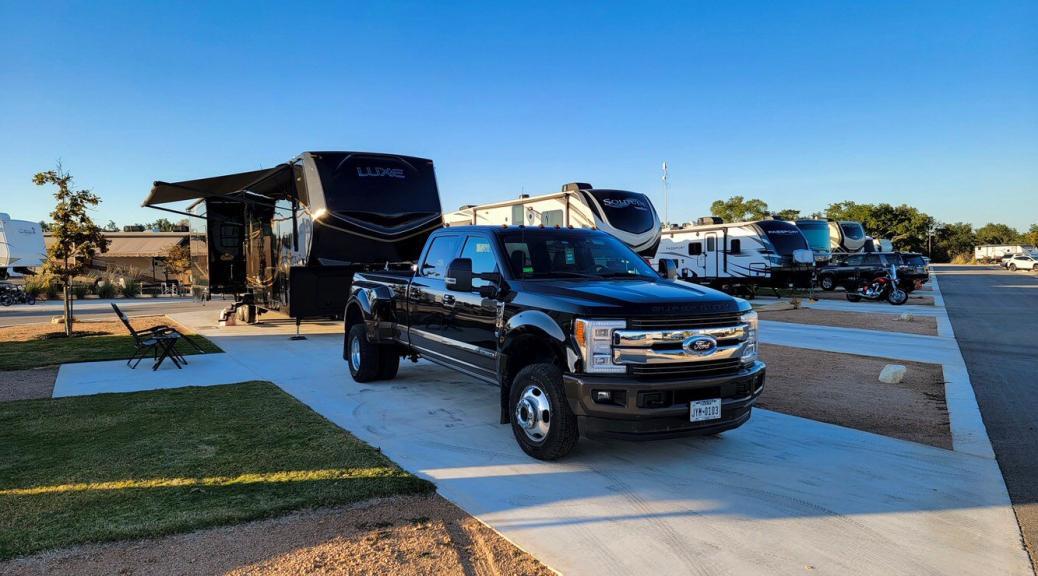 Rating: ⭐⭐⭐⭐
Site Quality / Amenities: Asphalt roads and concrete pads. There is a decent amount of space between sites but they are not huge. Standard pull-thru sites are 80′ long so plenty big for us. There are rest rooms with showers, laundry rooms, a fitness center and a business center. There is also a heated pool, a picnic area and a playscape. There are two dog parks and a pickleball court.
Type: Commercial Park
Access: Off Ronald Reagan Blvd. (Parmer Lane) west of Georgetown and north of Cedar Park.
Staff: The staff were very friendly at check-in but we didn’t really see them after that.
Cellular/Wi-Fi: Verizon was fast at 44 Mbps and AT&T was a bit slower. Both suffered from intermittent latency issues and occasional drop outs.
Restaurants: There are numerous restaurants nearby in Georgetown, Cedar Park and Liberty Hill.
Nearby parks: We didn’t check out any other parks in the area.
What we liked: Concrete roads and pads. Our site had a good amount of room on the outdoor side.
What we didn’t like: The paved porch is too far forward for Fifth Wheels, putting it beside the tow vehicle. Regular sites did not have picnic tables or chairs. Camp fires are not allowed.
Verdict: Good place for longer stays in the area.