Rating: ⭐⭐
Site Quality: Dirt/gravel pads and roads. Our site was long enough for our rig and truck.
Type: Commercial
Access: Easy access from Interstate 25 just south of the New Mexico / Colorado boarder.
Staff: The manager we checked in with was friendly and helpful although we had to wait for her to return from an errand. Once before we came here to get propane and the office was also closed during the day when it was supposed to be open.
Amenities: There were Restrooms with showers, laundry facilities, and a dump station but we didn’t use them. I believe they may have all been closed in winter when we were there. Propane on site.
Cellular/WiFi: Verizon and AT&T were decent. The park had WiFi but we did not use it.
What we liked: Ease of access along I-25. Full hookups during the winter. Nice views of the mountains west of Raton. Propane is available on site.
What we didn’t like: The park is mostly dirt and could be very muddy – luckily although there was still some snow on the ground the mud for the streets was not bad. There was some mud near the entrance to our rig. There is an alley that separates the front of the park from the back.
Verdict: The Raton KOA is good for a short stopover on the way to or from Colorado along I-25. 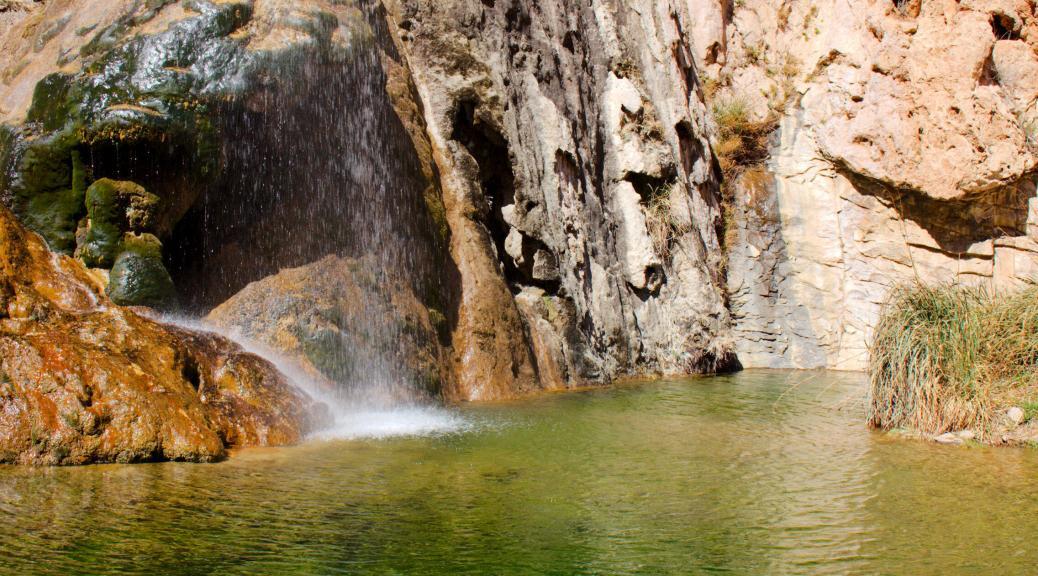 As we started planning our trip back eastward, we looked at Lajitas near Big Bend. The problem we ran into was that the week we planned to be there was in the middle of spring break and we could only get a few consecutive days. That area was a bit out of the way to only have a few days so we decided to go to Carlsbad, NM instead. This turned out to be a good idea because March is a slow time for area activities including Carlsbad Caverns. In fact, crowds there are only 1/3 what they would be in the summer at about 2000 per day. We were told those numbers can be as low as 200 per day in January and February.

When we arrived at the Cavern, they offered two self-guided options both for the same price. On the web site it wasn’t clear but it looked like you had to pick one and then not see the other area. Actually, you can do both for the same price. We decided to start on the Natural Entrance Trail – an approximately a 1.25 mile hike down sometimes steep trails to 750 feet below the surface. An alternative to this is to take the elevator down but you would miss so much if you did. At the end of the trail you end up at the snack bar and elevator area where you can join the Big Room Trail which is another 1.25 miles. Where the first trail was a bit more confining than the big room, it’s all relative as the Natural Entrance Trail still goes through some very large areas of the cavern with very interesting things to see along the way. Once in the Big Room you really do get a sense of the size and grandeur of this treasure. We were told that 6 football fields would fit inside the Big Room. Unfortunately, pictures do not capture what it’s like to be in the Cavern. Due to low light levels I would have needed a tripod to capture many of the sights (they allow you to bring one but I didn’t ) so many of the pictures aren’t great. We were here many, many years ago with our kids for a vacation. It was so great to see it all again!

END_OF_DOCUMENT_TOKEN_TO_BE_REPLACED 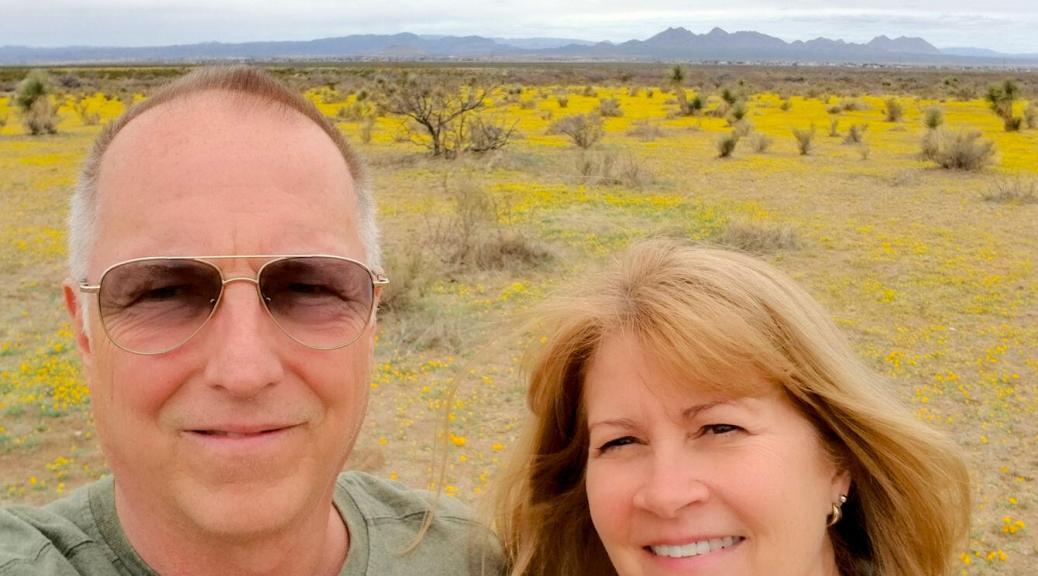 We spent a week in Las Cruces in early March and enjoyed our stay in the Hacienda RV Resort in the heart of the city. We had THE BEST Mexican food at Nopalito Restaurant and have discovered yummy Prickly Pear Margaritas! We liked them so much we had to buy some Prickly Pear syrup so we could make our own.

We only had a couple of days to explore and get some shopping done because of weather. During several days with wild wind and dust storms we had to just hunker down, keep the windows closed and wait them out. At one point we had wind gusts over 60 MPH!

END_OF_DOCUMENT_TOKEN_TO_BE_REPLACED 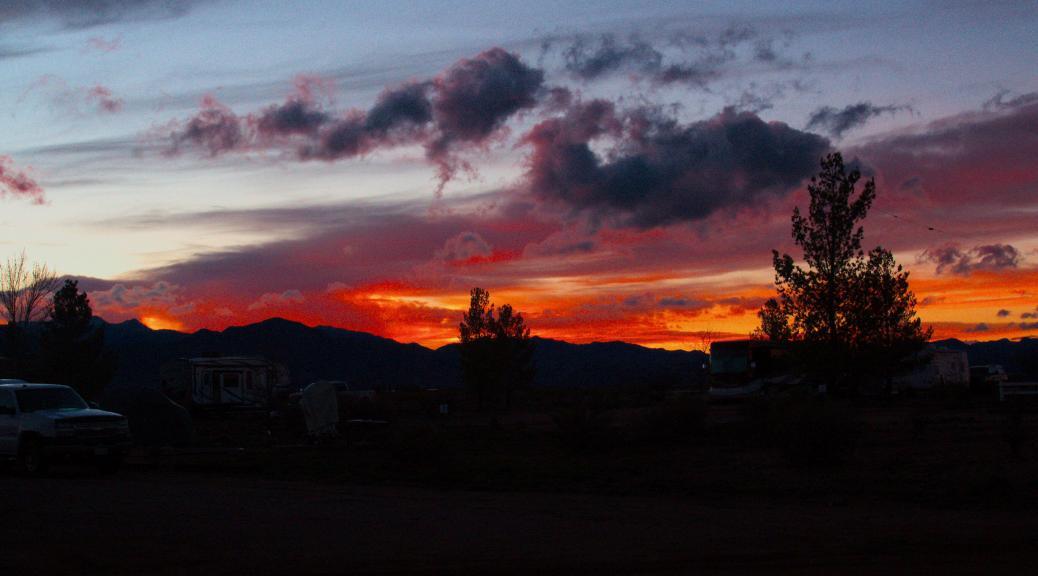 As we traveled south and west through New Mexico and Arizona we found Rusty’s RV Ranch in Rodeo, NM and decided to stay there for a week. We weren’t too sure what to expect as Rodeo is literally in the middle of nowhere but we were intrigued by the idea of a ‘Dark Sky’ location. It was also a chance to visit some of the nearby small towns of Rodeo, New Mexico and Portal and Paradise in Arizona.

Rusty’s has a unique layout for the park. The pull-thrus are each 200′ long and each one supports 2 RV sites. Unlike other parks, the RV’s are in separate lanes instead of back to back. Due to the length of the pull-thru there ends up being plenty of privacy between RV’s sharing the pull-thru and the distance between adjacent pull-thrus is far so there was plenty of room. Being a dark sky location had it’s challenges for us as they didn’t want any white outside lights on at night. It was so dark you could get lost walking around at night – even if you stayed at your own site. The reason for all this is that about half of the people staying in the park were amateur astronomers and astrophotographers with very large expensive telescopes. We found that the more sophisticated ones could be operated from inside their coach and could even be programmed to aim at points of interest automatically throughout the night and record what they saw. Some of the pictures we saw were fantastic. Unfortunately, it was pretty cold on the few nights there were clear skies while we were there so we didn’t spend a lot of time outside looking at the stars ourselves.

END_OF_DOCUMENT_TOKEN_TO_BE_REPLACED 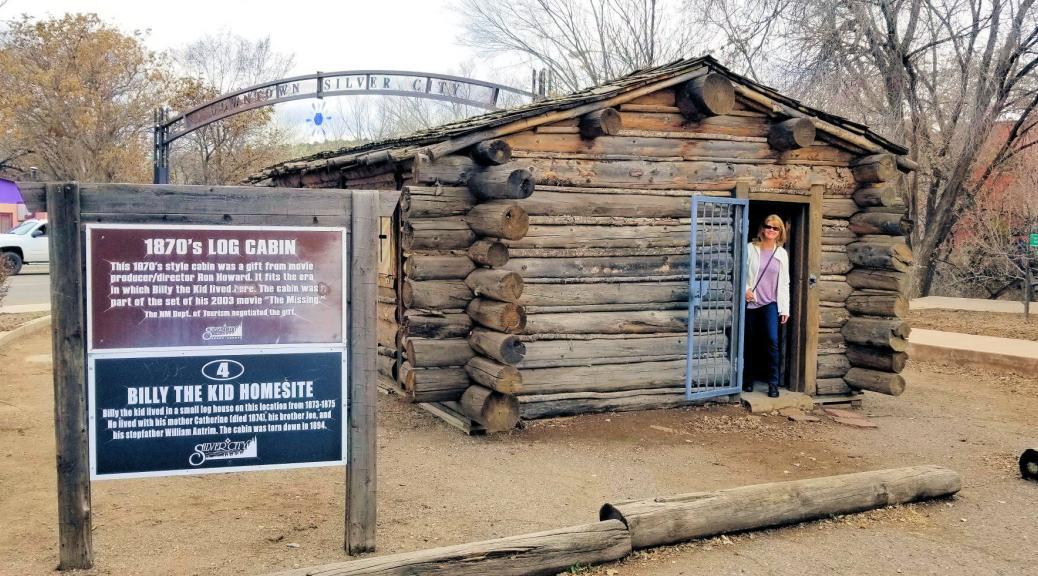 We stayed at Rose Valley RV Ranch in Silver City. We really liked this very rustic park at 5900′ elevation as well as the surrounding area near Silver City. We were located near the back in site #61 so we had wide open views of the surrounding mountains and trails behind us. There was a historic cemetery next door where Billy the Kid’s mother is buried.

The historic downtown area of Silver City has a lot of history and was a bit more upscale than what we found in Elephant Butte or Truth or Consequences. Western New Mexico University has a big campus here and no doubt contributes to helping the town thrive. The town has a artistic and eclectic vibe with lots of art workshops with over 20 galleries, boutiques, gift shops, restaurants, etc. We really enjoyed strolling these historic streets, seeing the sites, and sampling all the espresso shops!